The word „Medialität“ does not exist, according to the Duden (dictionary and the official reference for the German language), and yet the word is in use.

Some original books on mediumship translate mediumship with Medialität (compare Judith Seaman: Trance Mediumship – „Trance Medialiät“). As well as the German translation of the SD1 study course of the SNU for Speaking and Demonstrating.

Unfortunately, the word Medialität is not only used for the transcription of mediumistic work, but it is also used when it comes to mass media, and media-related topics of print and internet media. Which confuses outsiders even more.

Why do we all use a word that does not even exist?

The last use of the correct word to describe mediumistic work of mediums can be found in the sienctific books of Albert Freiherr von Schrenck-Notzing. He is wrting and investigating the phenomena of physical mediumship and the evidences produced by physical mediums.

The correct word „Mediumismus“ just seems to have been lost.

In the course of the mediumistic development in Germany and in German-speaking countries, a word had to be found. Presumably, the creation of the noun became Medialität, the adjective medial was improperly developed into a noun.

For me, Medialität means the sensitive work with our extrasensory abilities (compare: engl. working psychically), ie without the addition of the spirit world.

„Every Medium is a psychic, but not every psychic is a medium.“

Therefore, I personally distinguish the vocabulary, I would invite every other evidential medium to do the same:

Not least, to distinguish ourselves from the many mediale coaches and mediale life counselors without having a connection or attunement to the spirit world at all. It is time to drawn a proper line between working intuitively and mediumistically with evidential spirit contacts, like it is done in England.

We certainly do have the vocabulary, so let’s use it!

It is certainly a keen and ambitious attempt to transform a misconstrued use of language.

Nevertheless, I would like to give it a try, after all, we are the country of poets and thinkers, like Schiller and Goethe.

If you read to this point, you are part of this attempt of spreading the word – Mediumismus.

➔ Word Medialität cannot be found. Duden is asking if I am looking for the word ingeniousness. 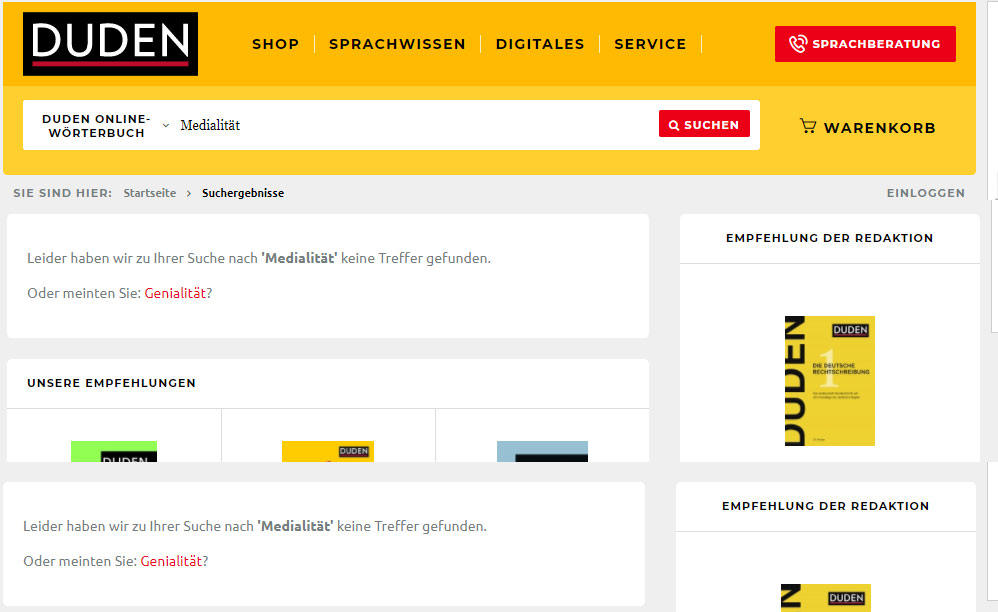 ➔ The word Mediumismus can be found easily, also the adjective mediumistically is known and suggested. 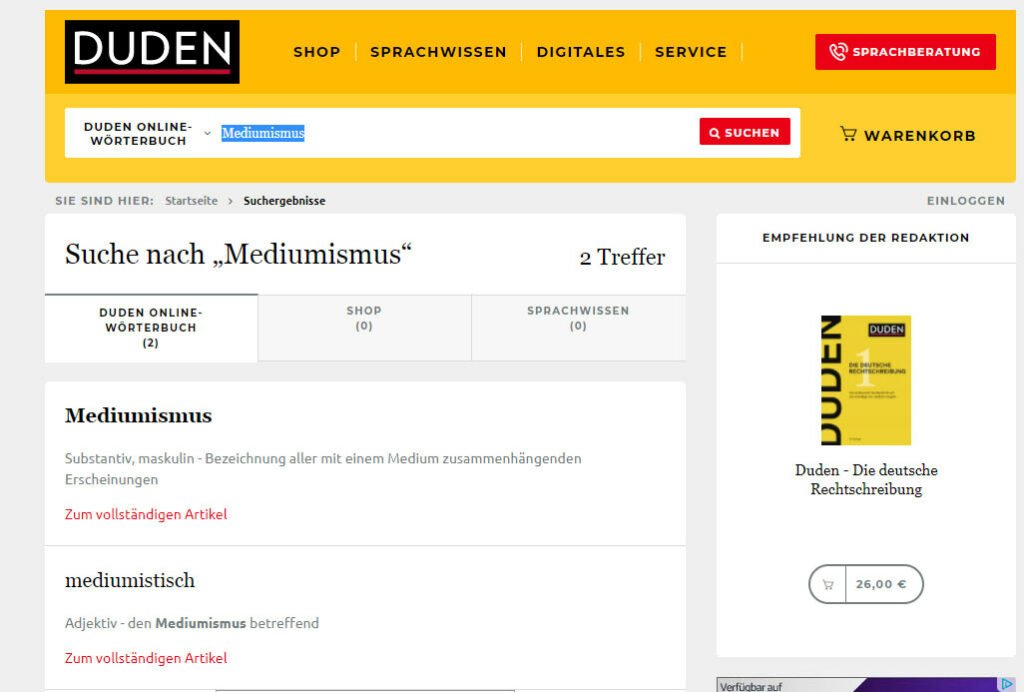